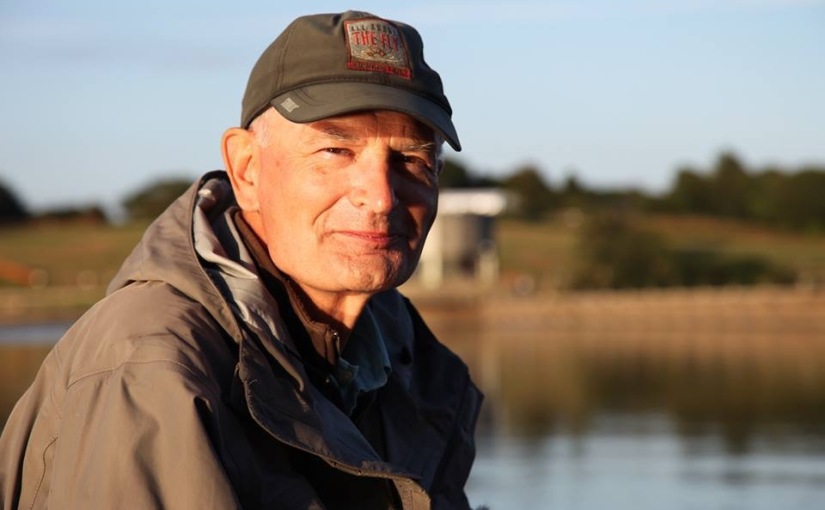 Those of you that have known me a little while may know that I am currently working on a book about my late father, Alan Carter.

My dad was a larger-than-life figure, who was a role model to me and many others. I’ve decided that this is the year that I need to finish the book, as of course, memories are fading. The people I need to speak to that remember my dad are getting older, and I just need to get this done.

I have a few chapters under my belt already, and they were enjoyable to write. I enjoyed researching about my dad’s grandparents as I didn’t know too much about them. Even my Dad’s own father, he hadn’t told us very much about him growing up, so it was interesting for me to explore why that was the case.

Most helpfully though, my dad had written several detailed accounts of highlights from his childhood and youth. These were invaluable as they were rich in detail and full of mischievous exploits. Having these accounts, plus the input from my dad’s younger brother, Chris, meant that writing about the early part of my dad’s life was effortless, I could let his words do the talking.

The next couple of chapters were ok too, I have my own memories of growing up, so have been able to draw on those. The later chapters I’ve been finding much harder. I left home pretty much at the age of 18 to go travelling and then off to university, so I don’t have the same first-hand lens through which to view everything.

Also, I hit a particular block that lots of biography/memoir writers hit. You can’t cover a person’s whole life chronologically, as it falls into too much repetition. You need those natural story arcs and themes to carry it through. I had an idea of themes to pick up for the second half of my dad’s life, but with an exceptionally busy year last year work-wise I had no mental space left for creativity. So, this is the year.

I have recognized for a long time that I need some professional input to help me with this task. I have looked at various book coaches over the last couple of years, but no-one seemed exactly right. I have now found a book coach that is a good fit. We had our first meeting a week ago (which was amazing) and she gave me some great suggestions to the many questions I had about how to proceed.

And that’s also the reason for this blog. Now that I have a plan, to have the manuscript written by July, and the book published (I’ll be self-publishing) by November, I need to connect with potential readers! If you are someone that will be interested in the book, please hit follow on this blog, as I’ll be using this blog to update progress and announce when it’s ready.

Also – if you were a friend of my dad’s or worked with him, and you have a story or experience to share – please do get in touch, I’m actively looking to fill in some gaps and to paint a picture of the fabulous life that he made along with so many of you.

This book has been consciously and sub-consciously in my head for four years, since the death of my father on Christmas Day 2015. Dad was taken ill earlier that year, and had a rapid decline, which took us all by surprise, as he had been in good health prior to that. The things that have come into my mind since then, that I have felt prompted to write, I in fact always felt. It was just somehow with his passing I felt them more keenly. So I have been writing and re-writing much of this book in my head for five years. Indeed I have attempted to capture various elements on paper a few times, and each time I got stuck, as I couldn’t picture the end result, who it would be for, and why anyone would be compelled to read a book about someone else’s father, as for those of us lucky enough to have had a good father, all our fathers are special. So let me tell you where this began in my mind.

In my line of work I have looked after training in organisations, training of all kinds, from the mandatory to the developmental for over 25 years. I have both commissioned and delivered management and leadership training to different teams of senior employees, so attending any training often felt like a busman’s holiday, with me not actually expecting to get too much out of it, as I had usually arranged the day anyway, and knew what was coming on the agenda. I remember one day around 14 years ago, sitting in a conference room with around 20 other senior managers, when our external facilitator for the day gave us a task – to reflect on the greatest leader that had influenced us in our lives. For me it was immediate, I knew that person was my Dad, that I had witnessed many leadership skills and attributes demonstrated by him over the years. What I was not prepared for, however, was my emotional response, and that as soon as I held this thought, I was flooded with emotion and had to pretty much blink back the tears throughout the rest of the day.

Fast forward to my Dad’s passing, and with writing the eulogy for the funeral I felt like I had been entrusted with an important task, to capture the various attributes he had. It was then, recounting the stories and anecdotes with family and friends, that I felt strongly that this chapter should not be closed off and left, and there were powerful lessons in the way he had conducted himself that could and should be shared.

Reading management and leadership literature and ‘keeping up’ with the latest thinking, I have often felt that the particular characteristics that my Dad displayed are unique and deserve exploring. How to do this though is what I have wrestled with. My Dad may not have been considered a great achiever in a worldly or monetary sense, his achievements and leadership transcended across work, church, community and family – that was part of what made him special. To understand his motivations, one needs to understand the family, church and community environment he was operating in. So, in the end I have settled on the most obvious solution, to write a biographical memoir, so it will be there, on permanent record, for Dad’s 25 grandchildren and anyone else that wants to read it. So, while this account is written for family and friends, the leadership lessons I believe are universal and much needed for our day, and I hope that others may be inspired by my Dad’s example.

I am lucky enough to have some good source material to get me started, my Dad kept journals for a couple of years, and wrote an account of his early life. There is also his fishing blog which covered more than fishing, including his end-of-life battle with mesothelioma.

I’ve never written a book before, least of all a biographical memoir, so if anyone knows anyone that has expertise in this area – I would be grateful to have a conversation! Also if you have any stories about my Dad, let me know!